The Gig Economy and You Have you ever heard about the “gig economy? It’s also called the “side hustle,” and it’s just people earning money from nontraditional sources. When I was young (and I’m showing my age a little bit), we just used to call it “getting a second job.” You hear a lot about this, though, in what’s called the FIRE movement.

What is the FIRE movement …?

The FIRE movement is Financial Independence, Retire Early. There is a group of people out there that are not only working to pay their bills and buy things today, but they are actually working, actually spending less and looking to retire at very young ages. Internet podcasts are full of them, and even if you’re not planning on retiring early, they give a lot of good examples on how to save money.

So how does this relate to what you called earlier “the gig economy”?

People working in the gig economy—side hustle, second job, whatever you want to call it—are doing more than just getting that traditional second job; these people are self-employed, for the most part. They might be driving for Uber or maybe even Lyft. They’re renting out their homes, or maybe just a room in their house. They’re running errands for people, like grocery shopping and getting them food—especially during these last couple months; DoorDash, Uber Eats, things like that … pretty popular. Selling things online on eBay or Amazon, and then also just doing freelance work.

My guess is that you are going to bring this back to taxes …?

So what should these individuals do if they are “working in the gig economy”?

Just like any other small businesses, the things that are important to do are:

But in other words, you’ve got to treat this like any other business.

So—let me just ask the question—what do you do if you do not report this income?

So even though you don’t get maybe a Form 1099 or you don’t get that W-2, it doesn’t mean that the IRS doesn’t know about this income. That’s what we’re finding out a lot.

With a lot of things that happen in the gig economy, these things are happening on apps. So Uber, Lyft, eBay and even Airbnb … a lot of these things happen on apps, so they have a record of your gross income is. And if they are required to—and in many case they are—they have to give this information to the IRS, which means the IRS knows about this information, and if you don’t report it on your return, the IRS is going to ask questions.

This is the same kind of thing that happened with people that had virtual currency. People were buying and selling these transactions, and they thought it wasn’t traceable. But at the end of the day, it still went through some kind of clearing house, and that clearing house had the information, and so a lot of people got notices saying, “Hey, we know you did it, but you didn’t report it—come clean.” 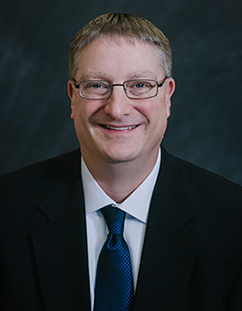 I joined Hawkins Ash CPAs in 1998. I am the partner-in-charge of the Manitowoc, WI, office and tax director for the firm. I have thorough experience providing tax services to individuals, commercial businesses, nonprofit entities and estates and trusts. I also provide compilation and review services. I lead the Tax Committee and am a member of the Information Technology Advisory Committee. No one needs to remind business owners that the cost of employee health care benefits keeps going up. One way to provide some of these benefits is through an employer-sponsored Health Savings... Computer Software Costs: How Does Your Business Deduct Them? Podcast: Can I Claim a Casualty Loss?

Today I want to talk about the tax impact from personal casualties, disasters and thefts. What we will talk about today is personal losses only. Business or income producing losses have different...