How to Minimize the S Corporation LIFO Recapture Tax If you’re considering converting your C corporation to an S corporation, be aware that there may be tax implications if you’ve been using the last in, first out (LIFO) inventory method. That’s because of the LIFO recapture income that will be triggered by converting to S corporation status. We can meet to compute what the tax on this recapture would be and to see what planning steps might be taken to minimize it.

As you’re aware, your corporation has been reporting a lower amount of taxable income under LIFO than it would have under the first in, first out (FIFO) method. The reason: The inventory taken into account in calculating the cost of goods sold under LIFO reflects current costs, which are usually higher.

This benefit of LIFO over FIFO is equal to the difference between the LIFO value of inventory and the higher value it would have had if the FIFO method had been used. In effect, the tax law treats this difference as though it were profit earned while the corporation was a C corporation. To make sure there’s a corporate-level tax on this amount, it must be “recaptured” into income when the corporation converts from a C corporation to an S corporation. Also, the recapture amount will increase the corporation’s earnings and profits, which can have adverse tax consequences down the road.

There are a couple of rules that soften the blow of this recapture tax to some degree.

We can help you gauge your exposure to the LIFO recapture tax and can suggest strategies for reducing it. Contact us to discuss these issues in detail. 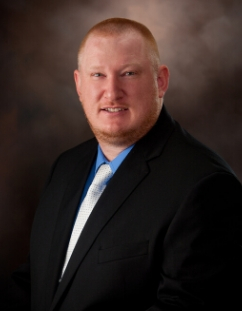 I joined Hawkins Ash CPAs in August 2010, and am currently a manager in the firm’s Medford office. I provide a variety of tax services, including trust and estate tax preparation and planning. I have more than nine years of experience providing audit and tax services to nonprofit organizations, governmental entities and small businesses. I am a member of our firm’s tax committee and not-for-profit service group. How the New Secure 2.0 Law May Affect Your Business

If your small business has a retirement plan, and even if it doesn’t, you may see changes and benefits from a new law. The Setting Every Community Up for Retirement Enhancement 2.0 Act (SECURE 2.0)... The Employee Retention Credit (ERC) was a valuable tax credit that helped employers that kept workers on staff during the height of the COVID-19 pandemic. While the credit is no longer available,... Are You at Risk of Retirement Plan Leakage?

Generally, the term “leakage” has negative connotations. So, it’s not surprising that the same is true in the context of retirement planning, where leakage refers to pre-retirement early withdrawals...